Korean corn cheese is a popular cheesy, sweet and savory snack typically enjoyed with drinks. I tinkered around a bit and combined it with the flavours of Elote (Mexican Grilled Corn) for a more flavorful way to enjoy corn this summer.

When I lived in the city, I grew up on canned corn and I thought it was the most fantastic vegetable ever made - partially because it was super sweet but mostly because it was swimming in an sugary sweet syrup which I used to love drowning my rice in.

As I grew into my teenage years, I was a bit more curious about food and  I ventured onto corn on the cob from the supermarket and I was hugely disappointed, it wasn't sweet like the canned corn and definitely not as flavorful so it was back to canned corn for me.

My adventures in corn didn't end there. My dad took us out of town a lot on the weekends and I started to notice people selling corn on the side of the road in their trucks. Before that, I had the notion that food just magically appeared via food fairies in supermarkets  to be bought and had no idea that farmers existed - boy was that an eye opener for me. Mom and dad bought some corn from the farmer and served it for dinner that night, and holy moly bejebus that was the best corn I have ever tasted - this stuff was sweeter than candy. I never turned back to canned corn since. 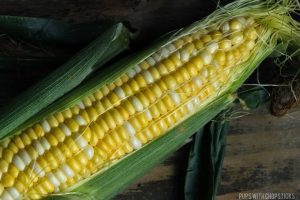 Now that I live closer the the farms, I do like to buy my corn locally at the farms and it's something that I almost always have in the summer time so I like to get creative with it and have it many different ways. 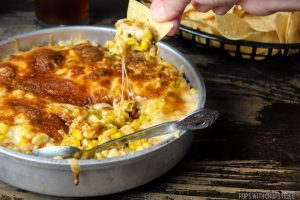 One of my favorite ways to enjoy it is to have it Mexican elote style - Grilled with cotija cheese, mayo and lime with a bit of cayenne.  So when I discovered Korean corn cheese I was intrigued. Another way to make my favorite dish even MORE cheesier? I won't fight that.

This recipe is definitely not for the faint of heart. It is super heavy and greasy but it was meant to be a snack for drinking so it makes sense!

For this corn cheese, recipe, almost all these ingredients can be found at your local grocery store. 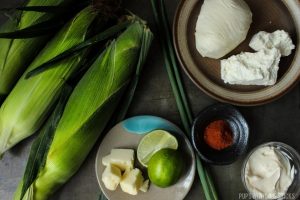 If you can't find cotija cheese, which you can typically find at a Latin supermarket - you can substitute feta in it's place in a pinch.

I used fresh corn for this recipe, however you can use canned corn if you're in a hurry. Just remember to drain out the sugar syrup before using it.

Note about Sugar in the Recipe

Traditionally, Korean corn cheese has sugar in it. I did not add sugar to this recipe, since the corn I get is super duper sweet already and didn't need the added sugar. Make sure to taste the corn and decide if you need the additional sugar. If you find that the corn you have is not very sweet or flavorful, you can add 2 teaspoons of sugar to the recipe. I definitely do not recommend adding in more sugar if you are using canned corn, since it is usually already very sweet.

To Grill or Not to Grill?

I tried both methods and to be honest - I didn't notice a major difference. Mind you, I didn't char my corn til it was black but if you have the time I highly recommend trying both ways to find your favorite. 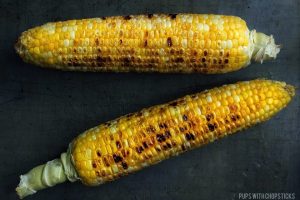 If you have ever shaved corn off the cob, you will know it's a messy task and quite annoying - the corn flies everywhere if you use a cutting board. An easy way I like to do this is to use a big bowl with a smaller bowl up side down inside the large bowl. This lets me rest the corn on the small bowl so that my knife doesn't hit the sides of the larger bowl and the big bowl catches all the kernels. (Make sure the smaller bowl sits high enough inside the large bowl so that your knife doesn't hit the edges of the larger bowl.) 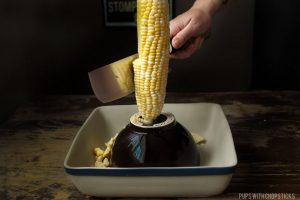 No Waste Here, Save the Cobs!

I like the freeze the cobs for when I want to make a soup. When you are feeling like a soup one day, just throw in the cobs and boil it for 30 minutes and then discard the cob afterwards - it will give your soup a boost in corn flavour! 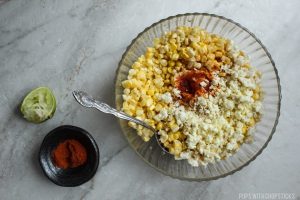 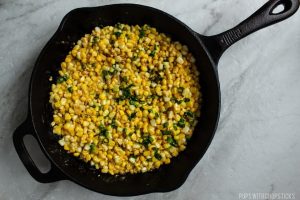 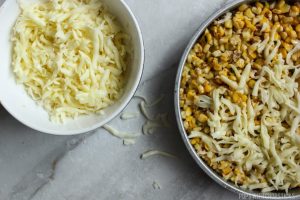 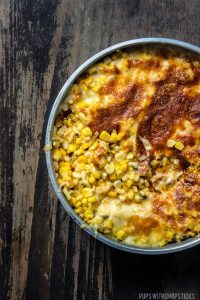 This is definitely a snack on the heavier side so I don't recommend downing all this on your own - unless you're a little crazy like me. 🙂 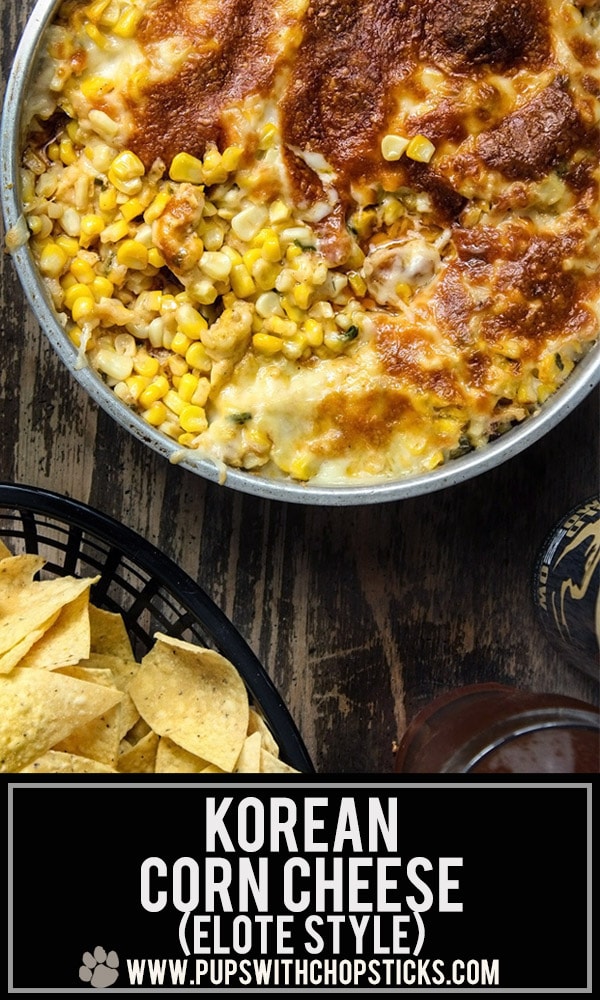 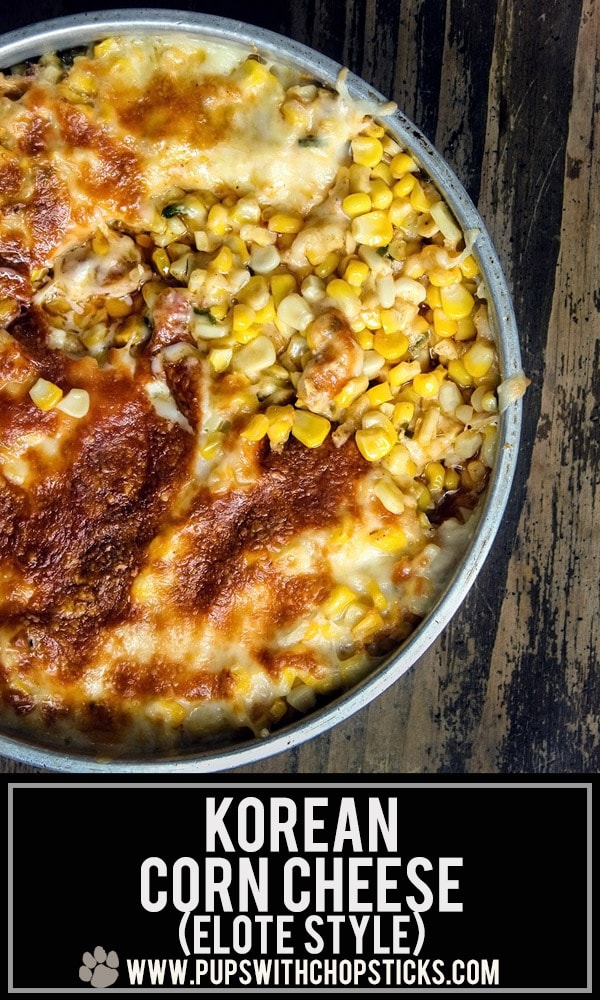 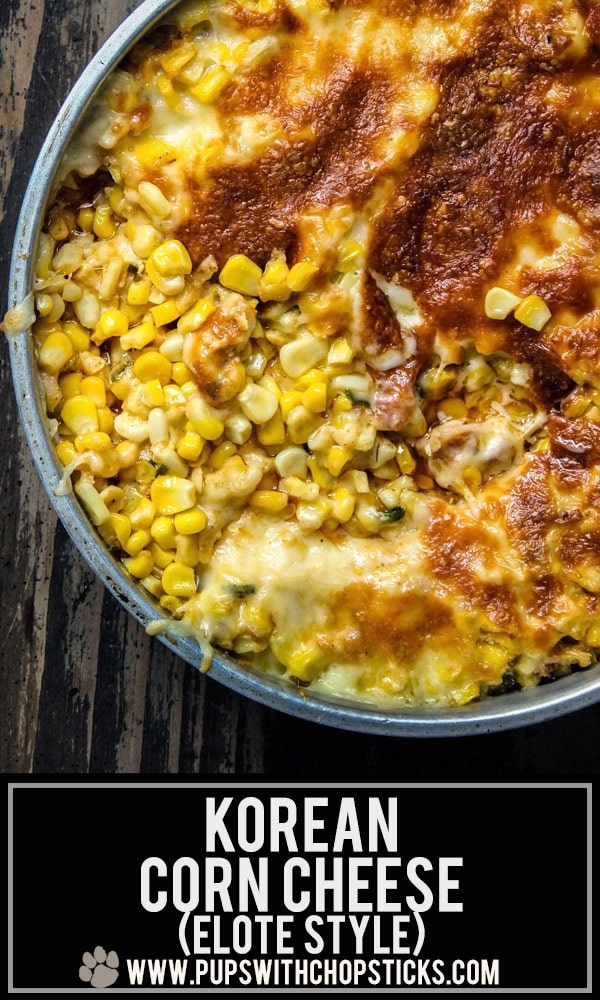 Just when I thought veggies were supposed to be healthy - this happens. 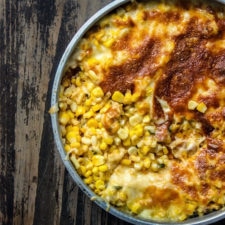