These skillet potatoes are simple to make as a side or breakfast. The fried onions and crispy potatoes marry well to create this very flavorful dish!

Here it is! The secret is out and here is my most asked for recipe for my skillet potatoes! 🙂

This simple skillet potatoes recipe is adapted from a recipe I learned to make from a friend's mother. She called them Hangover potatoes because this was the most requested recipe people would ask for after a night of wild drinking! 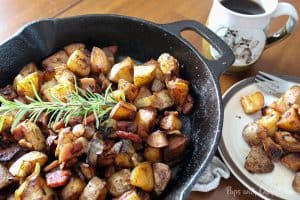 Do they cure hangovers? They sure do! But who cares! These skillet potatoes are greasy, AMAZINGLY flavorful (the ingredients and flavours just meld together), comforting and very simple to make -- it literally can have less than 3-4 ingredients. Hangover or not, I will gladly eat these any day - and since this is one of the most requested dishes for shindigs (even from the pickiest eaters!), I'd say this dish is very well-loved as well regardless of how you want to serve them. 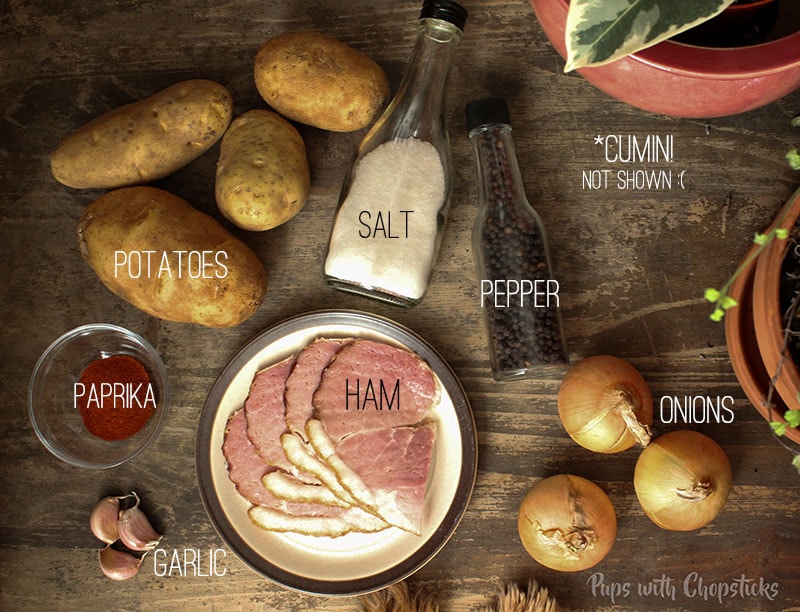 These are essentially Turkish potatoes! Traditionally at the very end of the cooking process, she would put in diced tomatoes to give the dish a more soft and tomatoey flavour. I tweaked the recipe a bit and omitted the tomato to because I wanted a crispier texture as my end result -- the tomato gives it a more soft and saucy texture. But please add the tomato and experiment with the flavour! It gives it a whole new different flavour 🙂 It's the way it should be made! 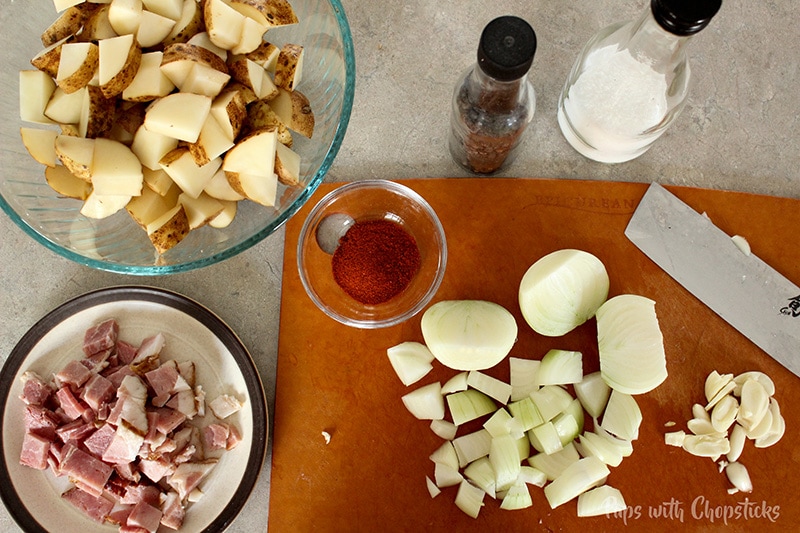 Optional: To give this dish an extra something-something, I sometimes top it with a sunny side up egg, which transforms this to a hearty breakfast!

Mama Tip #1: She cooks the onions with the potatoes, be sure to put the onions a few mins after the potatoes to give it a head start in the cooking process so it doesn't burn the onions. The onion infuses the oil with an amazing flavour which melds into the potatoes.

Mama Tip #2: She was not a fan of garlic! but not having garlic in it also works well! I made this recipe once without the garlic and noticed that the absence of garlic made the roasted onion flavour stand out more. I personally love garlic so I have made it an addition when I make these 🙂 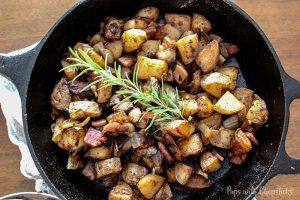 Mama Tip #3: She adds the salt into the oil during the cooking. Don't be shy with the salt. The salt crisps up the potatoes nicely and gives it an even saltiness. To test for saltiness, I dip a utensil into the oil and taste it. Yuck right? but it works! 🙂 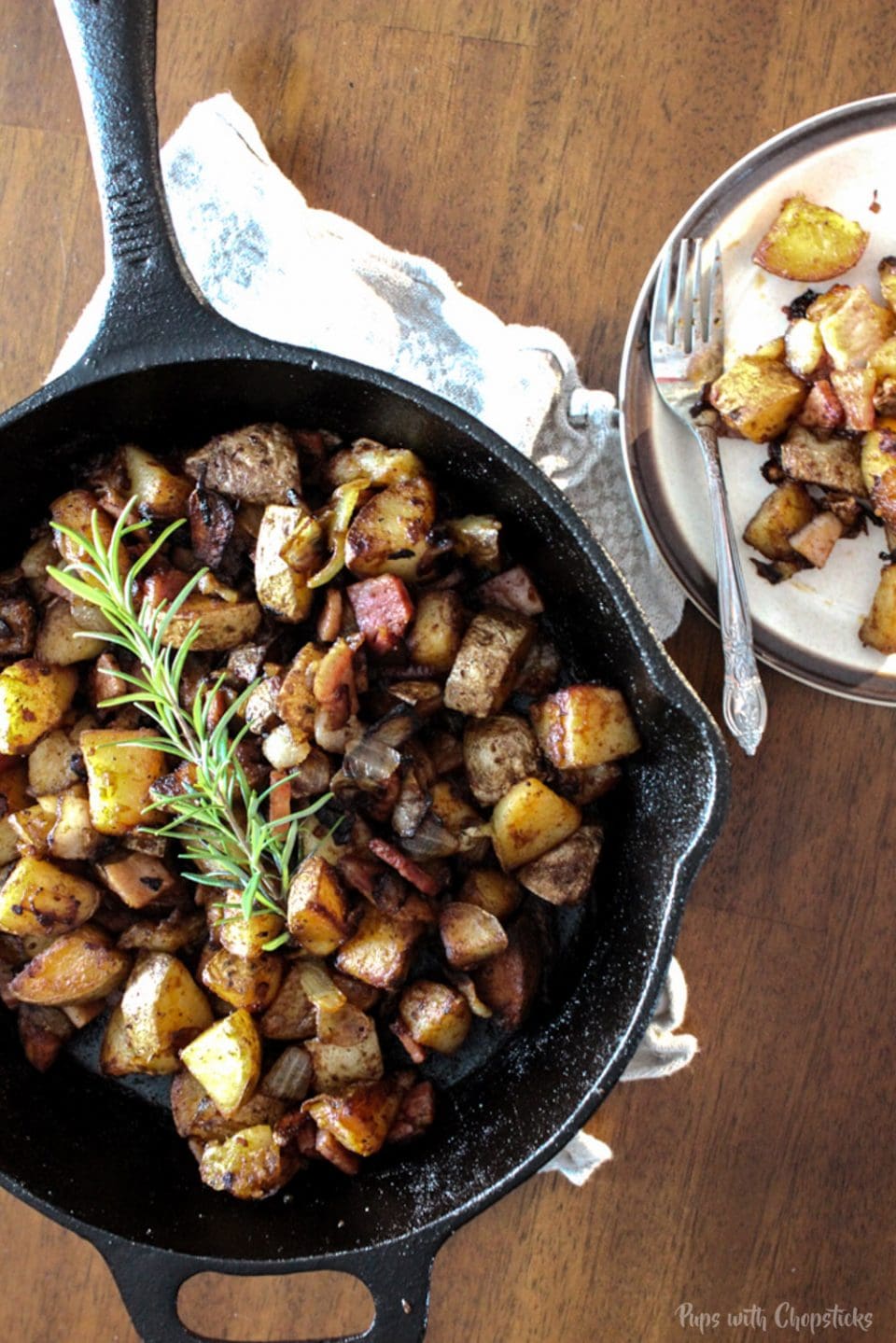 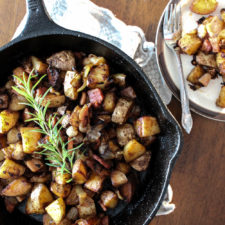